In 1819, Gen. Simón Bolívar leads a ragtag army under harsh conditions. Flashbacks reveal his wedding day and his privileged boyhood alongside slaves.

Simón gets an unconventional tutor, who proves to be a kindred spirit. Carlos uses slave Matea as a bargaining chip to get ownership of family property.

Simón is sent to live in Rodríguez's home, where his mind is opened to new ideas. Yearning for freedom, Dionisio plans to escape from the hacienda.

After losing his students and attracting suspicion, Rodríguez realizes he must flee. The other members of the cause attempt their heist of the garrison.

Joaquín learns what his fate will be. While learning about his family's cacao production business, Simón makes a strategic bet on a card game.

Simón begins his training at the military academy and meets his instructors, while the rest of his family realize their limits without a Spanish title.

Juan Vicente declares his love for Josefa. The marquess advises Simón on what he must do to secure María Teresa's hand in marriage.

Between María Antonia's and Matea's childbirths, only one ends well. Simón catches Lorenzo de Ulloa in a lie, and unexpectedly meets the queen of Spain.

Simón reveals his intentions toward María Teresa to her father. When Lorenzo damages the Marquess's reputation, Simón challenges him to a sword fight.

Simón decides to follow María Teresa to La Sierra. But when Delfina tells lies to get him arrested for hurting Lorenzo, he must first evade the police.

Despite Bernardo's misgivings, Simón and María Teresa are married a year later, and set off for Venezuela. On the ship, they meet Caracas's new judge.

After arriving in Venezuela, Simón discovers the disastrous mismanagement of the haciendas, forcing him and his sister to ask the new judge for a loan.

While rescuing Matea from the violent slaveowner she was sold to, María Teresa contracts a tropical fever. María Antonia finds herself falling in love.

Simón begs Dr. O'Neil to cure María Teresa. Determined to visit his wife in Caracas, Pablo Clemente hops on a horse-and-wagon and takes off.

Simón travels to Madrid, and then on to Paris, where he runs into his old tutor, Rodríguez. Carlos learns of María Antonia and Felipe's romance.

María Antonia is forced to say a difficult goodbye. Manuelita is allowed to leave the convent. Simón realizes what his true calling is and returns home.

Simón asks Gen. Miranda to lead an army. María Antonia must decide whether run off with Felipe. Manuelita is sent to live with her uncle, a priest.

Simón forms the Patriotic Society to show the junta the public's demand for independence. Manuelita finds out the stories of those she saw executed.

After the victory in Valencia, Simón and Gen. Miranda disagree over what their next move should be. Bad news arrives from overseas. Dionisio returns.

His assets seized by the Spanish, Simón arrives penniless in Cartagena and joins the New Granada Army. A royalist soldier tries to seduce Manuelita.

Determined to return to Venezuela and face Gen. Monteverde, Simón leads his army on a bloody journey back to Caracas. A husband is found for Manuelita.

When a Cartegena colonel refuses to give him weapons, Simón resigns and goes to Jamaica. Manuelita devises a plan to free a prominent prisoner of war.

Gen. Morillo learns Simón is in Jamaica and puts a price on his head. Manuelita receives an unexpected visit from Fausto, the royalist who seduced her.

As soldiers desert during the plains crossing, Gen. Santander begins to question Simón's decisions. Right before the wedding, Manuelita gets cold feet.

Pepita forces Simón to take a hard look at the condition of his soldiers. Santander and Felisa grow closer, to her father's great displeasure.

Simón anxiously waits for Santander to return with much-needed recruits. Felisa's dad spies on Simón's men as they discuss the next route they'll take.

Dr. Thorne tries to keep Manuelita on a short leash, and gets in trouble with a loan shark. Simón's army suffers greatly while crossing the mountains.

When the soldiers from the plains are ambushed, Simón realizes he must stop and gather reinforcements. Manuelita meets the like-minded Rosita Campuzano.

Felisa and her father come face to face on opposite sides of the battlefield. Manuelita and Rosita attend Gen. de la Mar's party, ready to gather intel.

Simón plans to sneak his soldiers past the Spanish army's camp at night. Pepita and José are taken hostage. Manuelita hears a rumor about her husband.

Simón's soldiers fight the last battle that stands in their way of seizing Santafé de Bogotá. Manuelita forces her husband to reveal what he's hiding.

Simón returns to Venezuela, where he gets a message from Spanish Gen. Morillo. Manuelita tries to persuade brother José María to switch sides.

In Quito, Manuelita nurses injured soldiers while hiding her parents. When Simón arrives to a hero's welcome, she tosses a wreath to catch his eye.

Sparks fly when Manuelita is introduced to Simón at a party. Dr. Thorne unexpectedly arrives. Santander reads alarming news about a much-needed loan.

Santander is pressured to bend the law in order to fund the army and help a veteran. To stake his claim on Manuelita, Dr. Thorne extends an invitation.

Gen. San Martín makes a decision. Dr. Thorne finds the house where Simón is staying at and spies on the property. The public resists obeying the decree.

Manuelita writes Dr. Thorne a letter that leads him to turn to Elsa. Simón and his army return to Pasto to fight an outbreak of insurgents there.

As his health worsens, Simón asks Manuelita to come with him to Peru. Santander tries to get congress to vote against approving the Peru campaign.

When the president of Peru learns how small Bolívar's army is, he switches sides. Simón realizes he must build up his army without congressional help.

Simón receives intel about a window of opportunity that the royalist army has inadvertently given him. Dr. Thorne pays Simón a private visit.

Economic woes stoke anti-Bolívar sentiment in Lima and endanger Manuelita, who feels abandoned by Simón and agrees to move to England with Dr. Thorne.

Simón returns to Bogotá. Elsa's sister and her husband scheme to get rid of Manuelita from Lima permanently so Elsa can return as Dr. Thorne's wife.

Simón runs into Humberto, who's laboring as a prisoner, and is reunited with sister María Antonia, who tells him about the dire situation in Venezuela.

Simón meets with Gen. Paéz, and later learns of Bustamante's betrayal. Berta and Saldarriaga try to gather proof of Gervasio's past profession.

Now back in Bogotá, Simón reunites with Manuelita, who gives seamstress Marcela a secret mission. Julio turns Berta into a prisoner in her own home.

At the party for the British consul, Simón and Manuelita steal the show. With some help, Berta escapes to the church, where she witnesses a murder.

One of the thieves is caught and made to reveal his accomplices. Manuelita asks Marcela to spy on Simón's detractors while at gatherings with Sotomayor.

The upcoming execution divides Bogotá. Manuelita and Dionisio try to change Simón's mind. Gervasio makes a decision about the job he's been asked to do.

Manuelita learns Madame Rocha is intercepting and reading Bolívar's mail. O'Leary reports to Simón how Santander is manipulating the delegates.

Simón returns to Bogotá, where the government council announces what his position and powers will be. Alarming news arrives from Peru and Bolivia.

Fernando gives Madame Rocha new perspective on her friends. Just as a masquerade ball begins, Manuelita learns of the assassination plot against Simón.

Simón receives a new diagnosis. Those who tried to assassinate Simón recruit more members to their cause and plan a siege on the Presidential House.

Simón decides what Santander's fate will be. A false but rampant rumor that Simón wants to install a monarchy brings devastating consequences.

As Simón makes plans to return to to his homeland, he receives word from Gen. Páez. Manuelita enlists the power of seduction to secure Simón's pension. 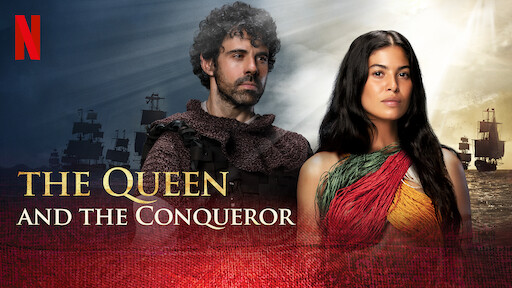 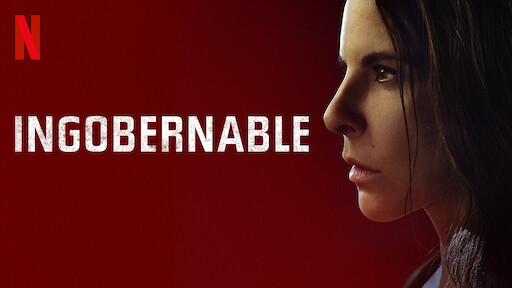 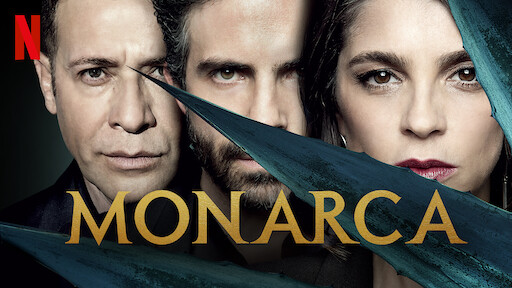 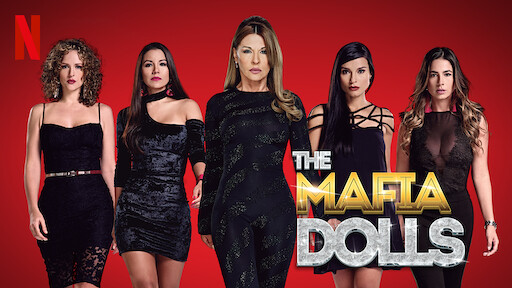 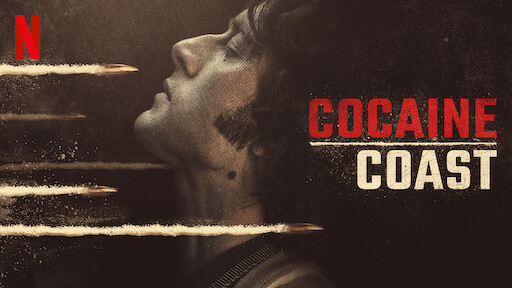 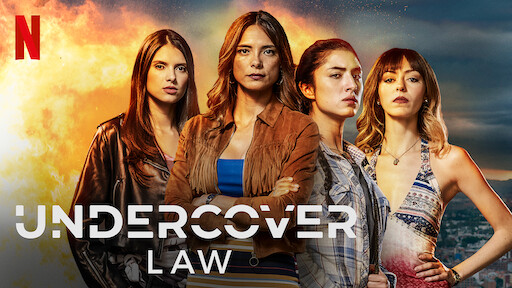 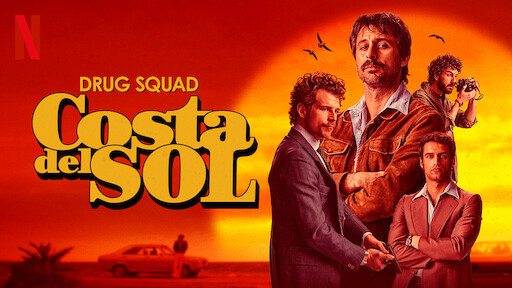 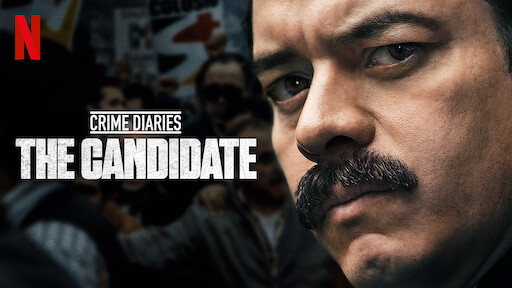 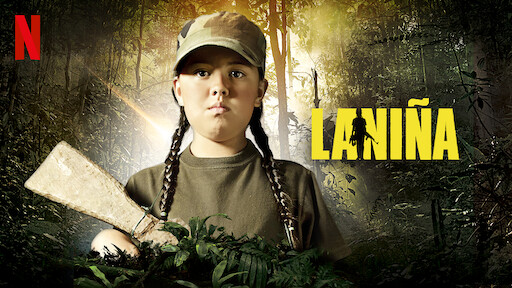 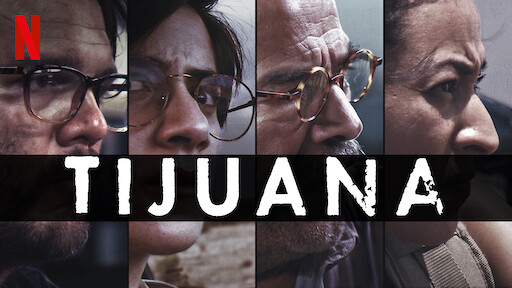 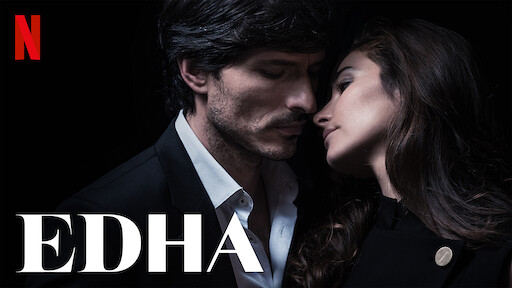 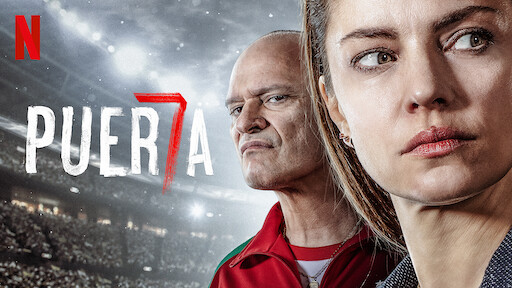 The Life Ahead
In seaside Italy, a Holocaust survivor with a daycare business (Sophia Loren) takes in 12-year-old Momo, a Senegalese Muslim street kid who robbed her.
DOB Encoding Test Tile September 2018
This is the EN placeholder synopsis. This is the EN placeholder synopsis. This is the EN placeholder synopsis.
The House
This surreal animated anthology series follows three generations of families who inhabit the same otherworldly house.
Cuties
Amy, 11, becomes fascinated with a twerking dance crew. Hoping to join them, she starts to explore her femininity, defying her family's traditions.
Latte and the Magic Waterstone
When a greedy bear steals a magic stone to keep the forest’s water for himself, a brave hedgehog and a timid squirrel must work together to retrieve it.
Away
As she embarks on a treacherous mission to Mars commanding an international crew, Emma Green must leave her husband and teen daughter behind.
Bridgerton
Based on Julia Quinn's best-selling novels, this series unfolds in the sexy, lavish and competitive world of Regency London high society.
The Speed Cubers
This documentary captures the extraordinary twists and turns in the journeys of Rubik's Cube-solving champions Max Park and Feliks Zemdegs.