All 5 Seasons Now on Netflix

Prince Julien becomes king of the lemurs, but he quickly discovers that he has to do more than throw parties if he’s going to be a successful leader.

Uncle King Julien abdicates his throne, handing off his crown to Prince Julien. Let the reign of King Julien the Thirteenth begin!

King Julien learns that 99% of the lemurs love him, so he makes it his mission to find and convert his one "hater."

The evil genius Karl sets out to destroy King Julien. When both Clover and Maurice are captured, King Julien must save them from his new nemesis.

4. Empty Is the Head

Exhausted from settling his subjects' disputes, King Julien replaces himself with a dummy king so he can play hooky, unwittingly sparking a rebellion.

5. Return of the Uncle King

Set on reclaiming his throne, Uncle King Julien convinces Julien to go into Foosa territory. Julien creates a disguise and forces Maurice to join him.

Clover is forced to take a vacation, and while she's away, she meets the handsome and free-spirited Sage Moondancer.

7. He Blinded Me With Science

Julien teams up with Timo the tenrec, a scientist who the king enlists to automate everything in the kingdom.

When Julien embarrasses Maurice, he tries to make up for his transgression, while Mort inadvertently joins an anti-King Julien group.

Julien finds a bag of coffee beans in the Cove of Wonders and gets the entire lemur community hooked on caffeine.

Romance and bromance are in the air in Season 2, as King Julien meets new friends, struts the runway in a diaper and pumps up the jungle party fun.

King Julien has a brilliant idea: He'll tame a Foosa and train it to keep peace in his kingdom. But the plan doesn't go quite as expected.

2. Diapers Are The New Black

Julien sparks a fashion frenzy when he turns a box of diapers into the coolest styles the kingdom has ever seen.

It's love at first sight when Julien meets Clover's party-girl sister, Crimson. Could the king have found his queen?

4. Pineapple Of My Eye

When Julien is fooled into believing that a "divine pineapple" contains the wisdom of former kings, a jealous Mort tries to get rid of it.

When King Julien's body double is injured on a waterslide, it's up to Magic Steve to hold peace talks with the cranky crocodiles.

Julien rescues a charming old lemur named Doc Sugarfoot from a cave and takes him on as an adviser.

Thinking Mort is his son, Julien renames him Falcon and enters him in the Junior Gent pageant. Little does he know the lemur's true age.

Rob, Julien's former best friend and partner in the rap duo "Lemurs Love the Lemur Ladies," shows up to lure the king back to his wild partying ways.

Julien gives up his kingdom to help a fellow royal in distress, only to discover he's been tricked by two old enemies.

After setting out to claim the moon for all lemurkind, King Julien comes face-to-face with Stanislav, the Russian Space Monkey.

When Julien discovers Maurice is moonlighting as an adviser to Rat King Joey, the best friends break up and ask the divine pineapple for advice.

13. The King Who Would Be King

While writing Julien's life story, Clover makes up a tall tale about a baby-eating giant scorpion named Fred. The real Fred reads it and vows revenge.

After Frank the Sky God demands that the lemurs sacrifice King Julien, Julien creates his own deity: Larry the Volcano God.

15. The Phantom of Club Moist

Julien's dream of opening a nightclub finally comes true, but the place is haunted by a masked phantom. Or could it be someone making mischief?

Julien is diagnosed with Mad Horse Disease but refuses to give up the throne to his uncle without a fight … or maybe a steeplechase.

In Season 3, King Julien has his paws full as he escapes from pirates, reunites with his parents, meets aliens and, of course, shakes that booty!

Julien is missing and mangos are in short supply. Village life couldn't get any crazier . . . that is, until Julien's royally annoying parents arrive.

Clover and Mort race to rescue their king as Julien tries to avoid the pirates' plank by showing off his prime "pirate recruit" booty moves.

As his parents prepare to leave, Julien tries to reclaim his childhood by forcing them to attend the dance recital they missed when he was a kid.

4. Oh Brother Where Aren't Thou?

When his parents grant his wish for a brother by adopting the socially toxic Brodney, Julien goes overboard making Brodney feel like a royal.

Julien panics when his parents announce they are never leaving. His plan to scare them off backfires when Karl takes the idea too far.

Julien bets that his team can beat Uncle King Julien's, and he puts the whole kingdom on the line. The only problem? Julien's star athlete is dead.

7. Close Encounters of the Mort Kind

Aliens keep abducting Mort, making Julien jealous. Can Clover and the gang help the king get face time with the aliens before an invasion begins?

To boost the kingdom's patriotic spirit, Julien starts a fake war on butterflies. But lemur pride is tested when the insects counterattack for real.

Eager to create fast food for the kingdom, Julien holds an idea contest. But will the winning entry be a dining delight or a cooking curse?

Julien is sure that his beloved jumping bean was stolen and becomes obsessed with security. To Clover's dismay, he arms the village with scorpions.

Julien sees the Lemur School reunion as a way to relive his glory days, but his old flame Karen and his foe Karl have a dangerously different agenda.

Clover must choose between royal duty and family pride after she's invited to compete in the Tournament of the Doomed and Julien forbids her to go.

When his peace treaty leads to unrest and a broken boom box, Julien wants to build a wall to keep non-lemurs out of the party kingdom.

King Julien and his trusty advisers race to save the kingdom from secret agents, stampeding clones and more -- while keeping the party going strong.

1. The All Hail King Julien Show

Bored by Xixi's news reports, Julien unveils a new programming lineup that whips the whole kingdom into a frenzy.

A bump on the head leaves Clover thinking she's a character from her adventure stories. The others must play along to save her from a terrible fate.

An incredible painting by Mort sets the whole kingdom abuzz, ruining Julien's plan to become the next big art star.

When Masikura warns the island is about to sink, Julien races to find a way off, while Maurice and Clover scour the kingdom for his lost baby toy.

After ridding the kingdom of a noisy jungle rooster, King Julien is haunted by guilt and decides to mount a rescue mission.

Inspired by an old-fashioned book of manners, King Julien sets out to host a debutante ball. But his new etiquette coach takes the training too far.

With Julien sick and the others away on a cruise, Mort poses as king to entertain a judge from a big competition -- with disastrous results.

Timo's magic touch turns King Julien's ragtag band into a pop music sensation. But not everyone is happy with the group's new sound.

When King Julien pops a mysterious mixtape in the boom box, the weird sounds activate a secret agent brainwashed by his uncle.

10. The Wrath of Morticus Khan

A glitch in King Julien's new cloning machine unleashes a swarm of ravenous Morts led by a tiny tyrant -- and not even Timo knows how to stop them!

During a wild nighttime adventure, King Julien befriends a lonely warrior named Koto, who stirs up strong feelings in the kingdom.

A shocking discovery sends Maurice on a quest to find his true destiny. Meanwhile, Julien gets a taste of what his life would be like without Mo-Mo.

As the mountain lemurs close in, Julien challenges his former bro Koto to an epic dance-off for control of the kingdom.

King Julien announces he's turning over a new leaf and seeks anonymous suggestions from his subjects on how to improve their kingdom.

Tired of being passed over for manly assignments, Ted brings back his macho alter ego, Snake. Julien uses Xixi's talk show to boost his image.

An allergy to gecko milk transforms King Julien into a werewolf-like Night Creature, forcing Clover to fulfill her family legacy as a monster hunter.

4. Tears in the Drain

A missing persons case turns Julien into a film noir gumshoe. But just when he thinks he's solved it, things get more mysterious.

When Julien's new adviser brings social media to the jungle, it has a disastrous effect on his entourage and nearly costs him the kingdom.

With Julien's help, Karl faces off against his older brother, who wants to replace all of Madagascar's tea stands with “Brüs by Bruce” coffee kiosks.

7. There Will Be Juice

After finding a barrel of plant food, Julien decides to supercharge his mango trees. Unfortunately, he ignores Timo's limit on how much food to use!

When Julien puts his kingdom's students in an islandwide academic tournament, their dismal performance spurs him to overhaul the lemur curriculum.

9. Lord of the Fruit Flies

Julien rigs an election to make Maurice feel more important, pitting him against Mort. But things get out of hand when “Political Mort” takes control.

After announcing that he and Chauncey will be retiring, Karl hosts a Willy Wonka-inspired competition to choose his replacement as Julien’s nemesis.

11. King Julien Is Watching You

Uncle King Julien makes one final attempt to take over the kingdom. But romance distracts him, causing him to lose sight of his own evil plan.

After Clover announces she'll soon be leaving the kingdom, Julien realizes he'll need an army for defense and appoints himself as a drill sergeant.

When Julien throws a bachelor party and accidentally loses the groom-to-be, he has Timo and Dr. S. build a Franken-groom to stand in at the wedding. 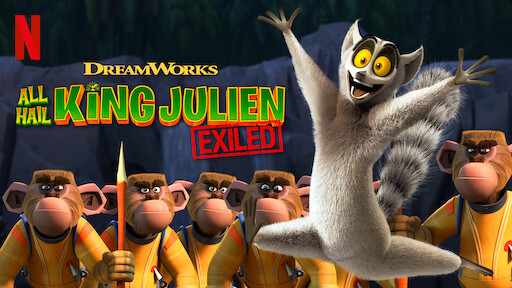 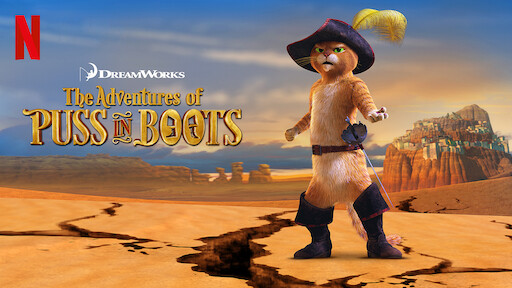 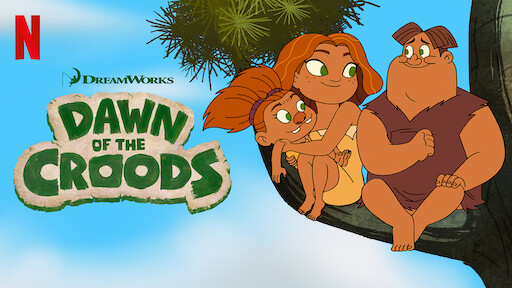 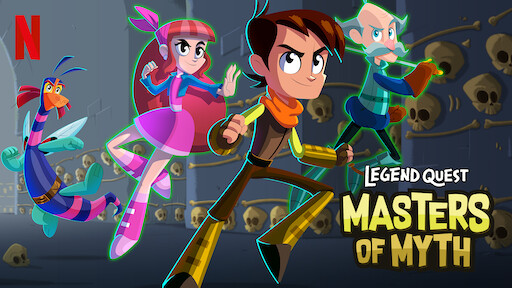 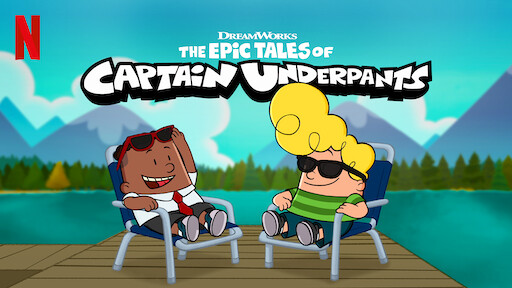 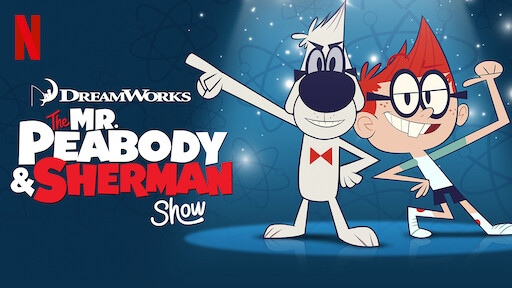 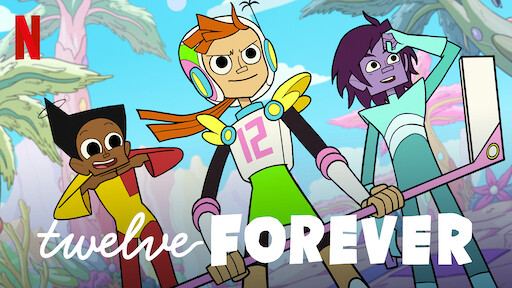 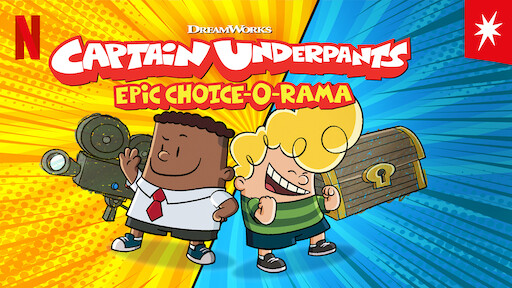 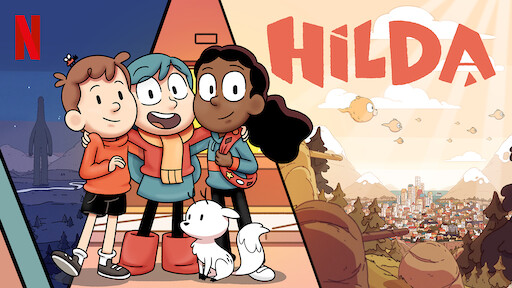 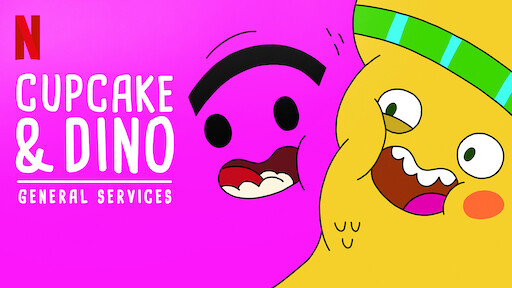 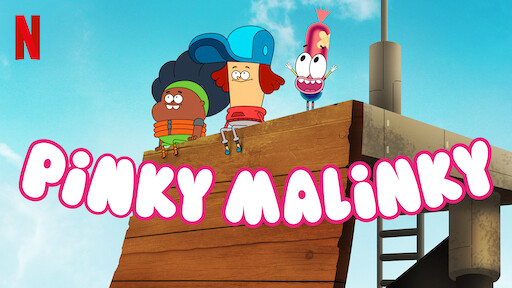 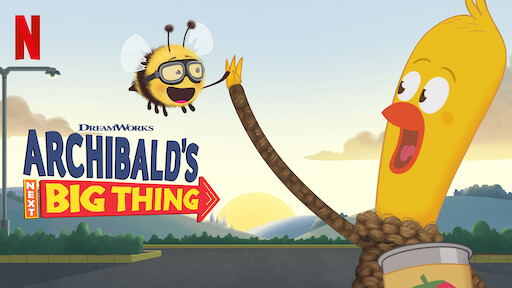 Ginny & Georgia
After years on the run, teenage Ginny and her mother, Georgia, yearn to settle down. But the secrets in Georgia's past jeopardize their endeavor.
Eden
Created by Justin Leach (“Ghost in the Shell 2”), Yasuhiro Irie (“Fullmetal Alchemist”) directs the story of robots raising the last human child.
La Révolution
In a reimagined history of the French Revolution, the guillotine's future inventor uncovers a disease that drives the aristocracy to murder commoners.
Gunjan Saxena: The Kargil Girl
High in the Clouds
An imaginative young squirrel leads a musical revolution to save his parents from a tyrannical leader. Based on a children's book by Paul McCartney.
Masaba Masaba
Fashion designer Masaba Gupta plays herself as a woman learning to embrace her unconventional path in a world where everyone’s expected to fit in.
Firefly Lane
Tully and Kate meet as young girls on Firefly Lane and become inseparable best friends throughout 30 years of ups and downs.
Dick Johnson Is Dead
Filmmaker Kirsten Johnson and her elderly father stage his death in various ways to help them confront his inevitable demise with humor and poignancy.